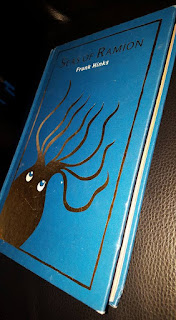 Riding on a crest of a wave !

On the 20th October 2015 we saw the publication of new Ramion book collection  'Seas of Ramion',  a fantasy adventure collection of stories for children and everyone who is young at heart.
It is written and illisrated by a author called Frank Hinks it is published in hard back and embossed in gold, a book for you to enjoy and treasure.

Inside this book there are three exciting story's to read Firstly there was The Kingdom of the deep a story about a witch called Griselda and her pet skull Boris ,  The second story The Blizzard Wizard which  was about a Blizzard Wizard who with one touch mind, body and spirit would turn to ice. The third story The Body Collector is based on Boris the skull wanting his body back but he cannot remember where he lost it.

My 8 year old daughter Michaela loves reading she is forever taking a book with her where ever we go, she is in to all types of books even the adults books. Michaela was given the opportunity to review a copy of The Seas Of Ramion which she got into straight away and read it within a week of having it, she said she love how it was worded she said it had a lot of intelligible words in it even though it was a childrens book her favorite part was when the mermaid got her tail back she said it was a happy ending which she likes to see at the end of a story.
Michaela particularly liked the pictures is the book she said they were bright and colorful. There were lots of times i would find Michaela giggling to her self while reading so im guessing there were a lot of funny parts in the story, i may have to attempt reading it myself and find out what im missing. 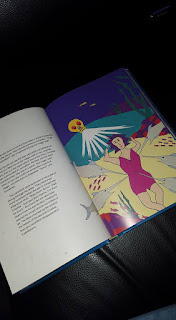 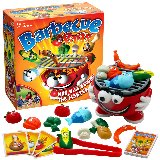 Here’s a refreshingly simple new action game for tinies, from Drumond Park Games. The vibrant and characterful Barbecue Party (rrp £19.99, age 4+) is a truly delightful game of anticipation, nerve and dexterity which will have the younger members of the family begging to play - time and time again!  No batteries are required and it’s completely portable - so easily packed for playdates, holidays and visits to the grandparents. 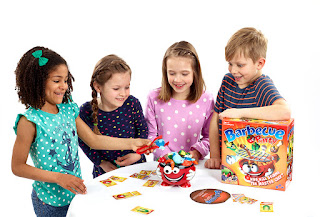 In the box you get a smiley red BBQ grill, a pile of playing cards, colourful pieces of bug-eyed ‘food’ and BBQ tongs. Each child takes it in turn to oh-so-carefully remove or place different foods on the grill, depending on the card they have picked. It could show a colourful, smiley chicken drum stick, fish, cob of corn, tomato, mushroom, red pepper or broccoli spear.

If the relevant piece of food is on the grill already, they take it off (using the tongs or their fingers) and put it on the matching card.  If the piece of food isn’t on the grill, the fun really begins - and the player has to ever-so-gently position it there.
Sounds simple?  Maybe… but when the grill is inadvertently shaken or the load just gets too heavy, all the assembled food dramatically catapults into the air, causing gasps and giggles all round - and that player loses a card!

The first player to collect three or four matching cards and pieces of food (agreed at the beginning of the game and depending on age) wins the game - and is crowned the official Barbecue Party Master Chef!


If you would like to be in with a chance of winning your little one Drumond Park's Barbecue party Game this Christmas please Enter through the raffelcopter below.
Goodluck


For stockists and to play games online, visit www.drumondpark.com

TOBAR –2015: Tobar has a super collection of Stocking Fillers that are perfect for girls.  These classic and quirky toys are great value and bound to delight on Christmas morning.
Magic Tattoos – Temp Tattoos

Pack of 24 temporary tattoos with augmented reality app integration. Apply a tattoo anywhere on the skin and then download the corresponding app onto a smartphone or tablet. Open the app on your smart device, then focus the viewfinder over the tattoo and it will come to life, animating on the screen. This pack contains eight different tattoo designs appropriate for girls including unicorns, cats and fairies.

Wind-up toy with clockwork action are fantastic for stockings available in Ballerina, Princess and Unicorn and Russian Doll. 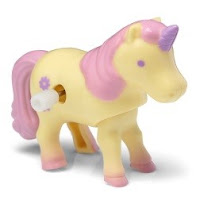 Brightly coloured air-filled bear toy that puffs up when squeezed. The surface is largely covered by short and stretchy fur-like tendrils. Available in purple, yellow, peach, blue and pink. Soft plastic poodle toy with stretchy features. This air-filled puffer toy is squishy and squeezy, allowing it to be squashed and stretched before returning to its original shape and size in four different designs. Puffer Owl toy with a soft and squishy air-filled body available in purple, blue, orange and pink designs.