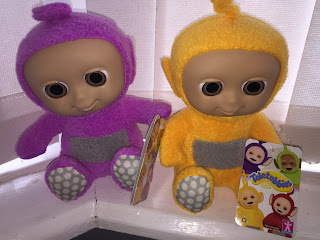 When i was younger i remember my younger sister who is now in her twenties use to love watching the Teletubbies on television she was a huge fan back then i even won my first ever Teletubbies Plush teddy called Po years ago in a claw grabber machine on a family holiday which made my sister very happy,  2017 marks the 20th anniversary of the Teletubbies it makes you wonder where the time has gone and how the years really have passed us by. New to the Teletubbies collection is an adorable range of Tiddlytubbies toys which made their very first appearance in the Teletubbies series back in November 2015.

We was sent 2 x 8" Giggling Tiddlytubbies Umby Pumby (yellow) and Nin (purple) these super soft plush toys are love by many children all over the world already and now loved by both my children Katelyn aged 2 and Rhys aged 1 both seem to have fell in love with them. With just a squeeze of their tummy you will hear their cute little giggles which also have my son Rhys giggling too.

Each Giggling Tiddlytubbies plush cost £9.99 and aged between 18+ 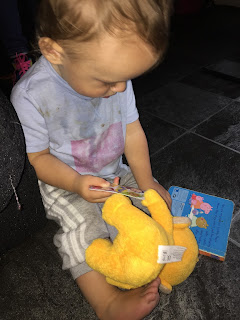 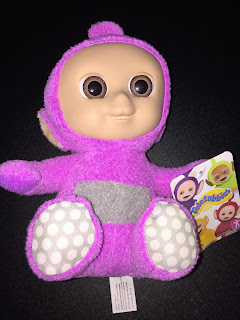 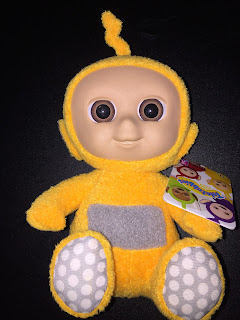