Over the past week we have been playing one of Drumond park's brand new table-top games Crazy Claw. Crazy Claw is one of those games that all your kids will love.
Firstly Crazy Claw is suitable for children aged 5+ and two to four players can play at a time. 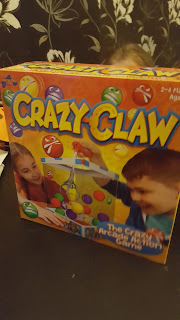 Once we opened the box we found you had to put parts of it together which we found a bit fiddly but with the help of a second person it was easily done. One would need to hold the clear plastic while the other holds down the base and slots it in. There were 12 balls and press out cardboard prizes and the Crazy Claw grabber and also a few stickers to place around the arcade machine.
Once the Crazy Claw machine is put together each cardboard prize token is placed inside the balls and dropped into the machine ready to be captured  by each player.
The object of the game is for each player to take a game card with 3 different prizes on to win by grabbing with the claw, each player then takes turns to try grabbing a ball with the Crazy Claw. Players take turns to try grabbing a ball with the Crazy Claw but it''s not that easy! All the other players have a paddle each placed around the arcade machine and to make it harder for you to capture a ball they will be pounding at the paddles making the balls move around the machine making it more difficult for you to grab one. If the ball you catch has a prize token inside that matches the picture on the game card in front of you, you then place the token on your game card and pop the ball back in to the machine and it's the next person's turn to get grabbing. The first person to collect all three tokens on their game card wins. My four loved playing Crazy Claw - they said it reminded them of the arcade games we use to play whilst on holiday. 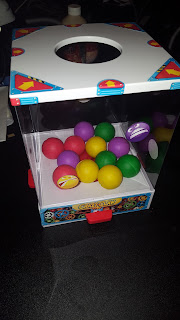 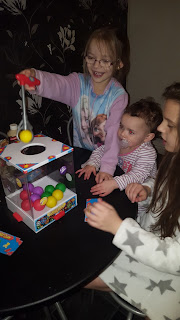 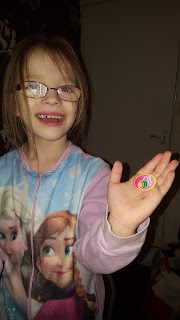